Receive a discount at Priceline with weekly offers 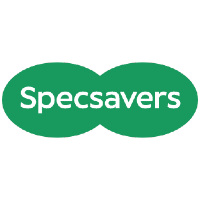 You just missed these offers from Priceline

My Perfect Cosmetics My Perfect Facial 10 Treatments 20% Save

What's in a Name?

It's always good news for customers when a company has “Price” in its name. You're probably wondering why. Well, chances are they're trying to tell you their prices are reasonable. We've never seen a business called “unaffordable” or “super expensive and ridiculous” prices. Priceline Pharmacy – Australia’s leading pharmacy, health, and beauty store is an excellent case study. Despite products in the beauty industry often packing a punch as regards price, this company has managed to roll out consistently cheap prices. This doesn't at all affect their quality as you can still expect high-quality products from the store. ‘Products’ might be putting it lightly. We’re talking everything, from makeup and skincare to household essentials, vitamins, and lots more. If you're looking for vegan products or products from some of the most trusted Australian brands, you'll also find them here. To make the best of your shopping at Priceline, all you need is the Priceline Online Catalogue at 1Catalogue.

Online Catalogue for Your Favourite Pharmacy

The Priceline Pharmacy catalogue features some of the best deals and sales from the brand. Once you get your hands on the latest catalogue, you will not only get some yummy fragrances, sunscreen, and such, you'll be sure to make some great savings. Every edition of this catalogue boasts of fantastic deals. Don't just flip through the pages randomly. There could be a hidden gem in there somewhere, say a mind-blowing bargain on some top-shelf products. This catalogue isn't just filled with your garden-variety, drugstore beauty and cosmetic products. There's a ton of high-end names on this list of products. Luxury on a budget? Sign me up, please! To take advantage of these amazing prices, simply subscribe to 1Catalogue and gets access to all the best deals and offers from Priceline Pharmacy. Oh! With products from Nivea, Elizabeth Arden, L’Oreal, Garnier, Revlon, NYX, and lots more, best believe the items on this catalogue get snatched up almost as soon as it's released. There's no reason you should risk missing out on these goodies. Let us help you out. All you have to do is sign up here.

Priceline Pharmacy is a hub of beauty and health. It's summer now, you'll be needing a lot more sunscreen than usual. Just pop on over to Priceline Pharmacy, you'll be treated to a wide selection of sunscreens. Just had a baby? Great! Priceline Pharmacy’s got a lot of mother care and baby products, from formula to nursing pads and more. You could also find some OTC medications such as pain relief cream for those sore muscles. You know what? Priceline pain relief doesn't just come from this sort of medication. Simply checking out the catalogue and seeing those unbelievably cheap prices is sure to provide some level of relief to your mind and pocket. You're also sure to find great deals on makeup, haircare, fragrances, toiletries, vitamins, diet & nutrition, household essentials, and men's products. View the latest Priceline Pharmacy catalogue at 1Catalogue before the specials run out.

If you're looking for more ways to receive discounts from Priceline Pharmacy, then sign up as a Sister Club Member now. Being a Priceline Sister Club Member paves way for more specials and offers for you. You’ll be entitled to information about Loyalty and Reward programs and lots more from the brand. Go ahead and sign up to save some cash on your shopping and enjoy all the benefits.

Everyone Appreciates the Gift of Choice

And that's exactly what you will be giving them with the Priceline gift card. It's super easy for both you and the recipient to use. You could get a gift card for any amount between $10 and $200. Several designs are available for you to choose from before sending them to your friends. If you're in the gift-giving spirit, why not take things a step further and make it a two-part gift. One part can be the Priceline Pharmacy online catalogue while the other part can be the gift card. See where we are going with this? Your friend can go through the catalogue for an easier way to see all Priceline products. They can also save money for more shopping by buying discounted products. And with the many selections of products from Priceline Pharmacy, you'll definitely make it onto the best friends list.

At Priceline, the catalogue isn't the only thing that makes your life easier. There are also about 1,400 pharmacists available to provide advice to you. You've also got a perfect last-minute shopping option – Click & Collect. At Priceline, you can shop with the catalogue and select Click & Collect as your delivery method. Pickup is typically within 2 hours at your closest Priceline store. With over 470 Priceline Pharmacy and Priceline stores in Australia, this won’t be an issue.

Make the Best of Your Shopping Now with Priceline

Priceline Pharmacy has truly made a good name for itself in this tight market. Australians appreciate this good name and are always ready to patronize them. As for competitors, let's just say, it’s not an easy task to beat the value at Priceline. On your part as a customer, lots of people want the same product you want from Priceline, thanks to the very cheap prices and discounts options. Don't let it go out of stock before you try to buy it. Use the catalogue to find all the latest offers and more from Priceline Pharmacy with 1Catalogue. Visit 1Catalogue and subscribe for more.

Priceline is an iconic Australian business retailer, specializing in the health and beauty sector. The Priceline brand comprises two store categories: the traditional Priceline store and Priceline Pharmacy. Now, Priceline is owned and managed by Australian Pharmaceutical Industries (API) when it was acquired in 2004.

Priceline was established and launched in 1982, and the very first store was launched at Highpoint, Victoria, and began trading to consumers as a beauty retail shop. In 2005, API acquired other similar businesses and began operating its range of retail brands of House, Priceline Pharmacy, Priceline, and Price Attack. In 2008, API focused its retailing trading strategy primarily on the Priceline brand. In 2009, Priceline unveiled a complete makeover to the brand, releasing a new identity, a changed store format and diverse merchandise. This is when the logo and original business colors changed to the now identifiable magenta pink, which is tantamount with the Priceline brand.

Priceline Pharmacy has a long and enduring relationship supporting charities and their partners, via the Priceline Sisterhood Foundation. This charitable initiative was established to support both women and their families. They also are a sponsor of numerous women’s sporting teams, including the state netball team, the Adelaide Thunderbirds, and the AFLW’s Western Bulldogs.