Receive a discount at Repco with weekly offers 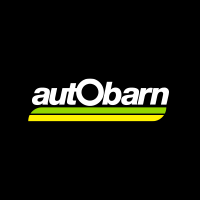 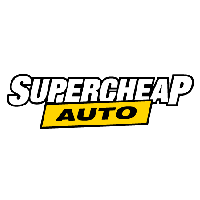 You just missed these offers from Repco

A huge part of owning an automobile is sorting out your auto repair needs and sourcing for replacement parts and accessories. Let's not forget about servicing and adequately maintaining your vehicle. To find the right parts for a replacement and other items necessary for the maintenance of your car, you need a go-to high-quality auto parts shop. When it comes to automobile replacement parts and more, it doesn't get better than Repco. With authenticity as their watchword, the brand is dedicated to providing drivers in Australia and New Zealand with all the items and products they need to enjoy their automotive experience. We all know how the automobile market can put a bit of a dent in your pocket, well, not with Repco. There's a 'trunk load' of exciting offers available from this brand in the catalogue.

The Best Car Accessory Deals in One Place

Whatever your car needs are, be it the sourcing of replacement parts or maintenance services such as an oil change and such, Repco is the place to go. Everything you need for your vehicle to run smoothly can and will be found in this catalogue. You'll find the best deals on car parts, batteries, tools, automobile products, garage equipment, and lots more here. Think of Repco as the ultimate automobile pit stop. You've got windshield wipers, lights, dashcams, travel accessories, engine oil, electrical parts, and lots more. Get all these and more at amazing prices. Repco frequently updates its catalogue with more products and discounts. Many Australians look forward to the weekly and monthly catalogue. You should too. Watch out for the latest Repco Catalogue for high-quality car accessories at the lowest prices possible. You can find this catalogue at 1Catalogue. We make sure to get Repco catalogues as soon as they drop. You could also subscribe to our newsletter for an even easier and convenient way to be notified of any new and valid Repco catalogue.

Save on Your Car Products by Shopping with Repco

Even More Discounts for You

Take things a step further and join the Repco Auto Club. The importance of adequate car maintenance cannot be overemphasized. It will save you on expensive auto repairs. As a good driver, you should always keep an eye out for potential issues with your vehicle. Perhaps, even come up with a maintenance checklist. Also, find out all your car needs. For instance, at what mileage should you opt for a brake pad replacement or an oil change? Find out all this information and more from Repco. It doesn't end there. All the products you need for an automobile can be found at Repco with member discounts. There's always some type of sales event going on at Repco. We’ve seen “Show Your Card and Save” offers exclusive to only the auto club members here. With such sales, you can save up to 15% on spare parts and even more on other products if you’re an auto club member. What are you waiting for? Go ahead and join now.

Everyone knows that Motorhead. Nothing would make these automobile enthusiasts happier than some sort of automobile gift. It doesn't have to be a car or anything super expensive. There’s a ton of car gift ideas you could get from Repco, such as workshop manuals or even replica toy cars and lots more. You could also get them access to the Repco catalogue at 1Catalogue. We're sure they'll appreciate seeing just about every car part and accessory they could think of at one place with unbelievably low prices. The only thing that will make this better is if you throw in a gift card. They get to see amazing products and also have a gift card to purchase a few items off the catalogue. Great idea!

Repco creates products of its own. The best part? Repco products aren’t just made to incredibly high standards, they’re also often cheaper than similar branded items. Such products include batteries, shocks, belts, and other car parts. It’s part of Repco’s reputation – they’re known for putting in the best efforts to produce high-quality products at prices lower than their competitors. However, Repco also stocks products such as oil fluid, car care accessories, and lots more from other brands. With Repco's products and other brands available at the store, you’re sure to find what you're looking for from Repco. Repco has over 400 stores in Australia and you can still get to use your online Repco Catalogue from 1Catalogue to maximize your shopping at any of the stores. Stay updated on all things sales, discounts, and promos as well as the latest catalogue from Repco by subscribing to 1Catalogue.

In the early 1920s, Australians took a major interest in motor vehicles, following the introduction of the Model T Ford. That interest quickly grew to almost 100,000 cars on the road within no time. In Melbourne, one ambitious young man recognised a growing demand to make and sell replacement parts for all those cars that were now on the road.

Robert Geoffrey Russell opened a little factory in a shed near his home in Collingwood, Victoria, that was trading under the Automotive Grinding Company business name. It proved a wonderful success, and Russel changed the business name known to Replacement Parts COmpany, or REPCO.

After World War Two, Repco designed and manufactured several components for the first-ever Holden. Repco proceeded to develop and expand, revealing the now-famous dual setup, Retail-Trade stores during the 1980s. Repco quickly traded across Australia, expanding firstly over the eastern seaboard before expanding to the remaining states and territories.

Nowadays, the Repco brand proudly stands for ‘Authenticity’, which originated from having quality products that have gained their customers' trust since inception. There are a total of 4,000 employees currently working for REPCO, and its headquarters are located in Melbourne, Victoria.

REPCO gained fame for developing the racing car engines that powered the Brabham Formula One cars in which Sir Jack Brabham won in the 1960s.

Repco’s delivery and distribution system ensure consumers are granted the best parts at the right time, a business feat they are immensely proud of. With approximately 400 stores that are located throughout Australasia, Repco continues to be rated by automobile consumers as number one in the Australian automotive market.